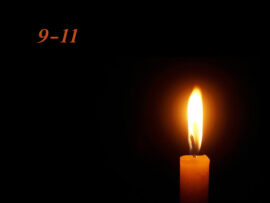 Thinking of my friend John Patrick O’Neill today. Thinking of how he LIVED instead of how he died! John was a friend and someone who I respected, listened to, learned from, laughed with, drank with, argued with, marveled at and much, much more.

John was also a counter terrorism expert, Special Agent In Charge in the FBI, he assisted in the capture of Ramzi Yousef. When it came to Al-Qaeda and Osama Bin Laden he was an expert too. He investigated the Khobar Towers bombing and the USS Cole bombing as well. John didn’t play politics, which totally pissed off those who based their careers on playing politics! If you asked John a question, you’d better be prepared to hear the answer. That kind of honesty wasn’t  common in the FBI and that’s why he was pushed out in 2001.

I remember getting a call in late August from him telling me was was named head of security at the World Trade Center and inviting me to come see  the place sometime. He took the job on August 23rd, he died there 18 years ago. He was only 49. 49!

He knew who we should be aware of, what we should do to them and what would happen if we didn’t. Unfortunately, he was right. John P. Saved countless lives on 9-11 and God only knows how many he saved before that.

So, in his honor, I ask you to consider how you can make your world a little better each day, just like John made the world around him better. Today realize that just because someone leaves, that doesn’t mean they’re still not with you. Today realize that in the Grand Scheme of things, telling someone you love or care for them might be the single most important thing you’ll ever do! Today realize that life can change in an instant. Today, realize that there are so many people, protecting you, here, across the globe and so many that you’d never expect and will never know. On September 11th, remember them. On every single day for the rest of your life, remember them.

Finally, today realize that TODAY IS A GREAT DAY where you have hope, opportunity and YOU ARE ALIVE! Make the most of it!