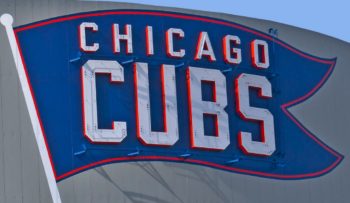 Some thoughts on the Cubs winning the World Series from a guy who isn’t a Cubs fan.

CONGRATULATIONS! I’m so happy for the players and personnel, fans and families of Cubs fans who aren’t here anymore. And that, brings me to my story.

I am a Cardinals fan. I always have been since I was a kid. The other team I root for is the Red Sox because again, as a kid I liked Yaz and some of the others players and then in 1991, my son’s life was saved in Boston so that’s my story.

My mom and dad were lifelong Cubs fans. Both of them have passed on. The first game they ever took me to was in Wrigley. I remember my mom always being a fan but in the last 20 years of her life, she listened to the radio broadcast and watched the WGN broadcasts of every CUBS game! She knew who won, the score, who did well and who didn’t. There was even an ornamental goose outside of her house that she bought a Cubs outfit for!

As for my dad, uh yea, he was definitely a Cubs fan! If you knew him, you might have seen him walking around in his blue Chicago Cubs coaches jacket and if you knew him, you definitely saw him wearing his blue CUBS hat! As a matter of fact, that Cubs hat, is less than 10 feet away from me as I write this and of course was not far from the TV tonight. In the last years of his life, dad always talked about how cold his feet felt. So, when he died we made sure that his Cubs jacket was wrapped around his feet for warmth.

Mom and dad both loved the Cubs and they lived and died with that team and the “Well, there’s always next year” saying. Well this year mom and dad, is “next” year! For the first time since 1908, the Chicago Cubs are the World Series Champions!

For the first time in many years, families are having a happy conversation about the Cubs with their departed lived ones.

I envisioned my dad, Ron Santo and the owner of the Billy Goat (who by the way died on this date in 1970!) all storming into the “Baseball Gods” office and screaming that enough is enough.
My son watched the game tonight in “the Billy Goat” in Chicago…yes, that one! He watched with a collection of jaded fans from years past to the current owner. At one point, he said, “Dad, this is surreal.”

I got goosebumps and cried when the Cubs won. I kept hearing my dad say “atta boy,” thinking of my friend Steve Goodman and his “Dying Cubs fan last request” to the new Anthem which is his too…”Go Cubs Go” and hearing Harry say “Cubs Win…Cubs Win”

So, from this Cardinals fan, my hats off to the Cub fans and I hope you enjoyed the ride and relished every last minute of it. And if you’re so inclined, you might wanna have a conversation with your relatives who have passed on and let them know what you’re feeling and maybe even say thank you!

Be safe, Enjoy and above all, Congratulations…