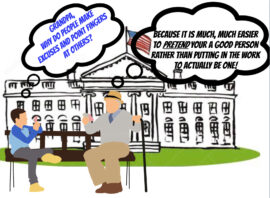 Welcome To The “Yeah But…” Generation And It’s Embarrassing!

Every generation seems to have its own identity. The one that most often comes to mind is The Greatest Generation.  That moniker is perfect to explain the sacrifice and the grit they needed to face its challenges and then save the free world. Today we are facing some real and troubling challenges too, but instead of facing and solving them, our choice is to shift the blame or make excuses by saying “Yeah but…” Lots of talk, not much action and it’s all about “Yeah but what can you do for me” instead caring at all for the rest of the people in.  Blind yourself to the facts and the truth and instead manufacture your own false reality.

Don’t believe me? Well do any of these sound familiar?

••You know you should be wearing a mask.

“Yeah but it’s my right not to. Don’t tread on my personal liberties!”

••The coronavirus is spreading more…

“Yeah but those numbers are fake.”

••The scientists all agree that…

“Yeah but they’re all part of the deep state. “

••We have a systemic race problem in this country.

“Yeah but it doesn’t affect me?”

••The State says that it’s not safe for the coaches or the players and highschool sports should be shut down until it is.

“Yeah but my kid deserves to play. They want to play. It’s not right and it’s not fair!”

••We all must accept restrictions in our community now, otherwise we’ll be worse off later.

“Yeah but I’ll take care of my family my own way. You have no right to tell us what to do“

“Yeah but I know better. Screw the law! I’m not gonna do it!”

“Yeah but I don’t believe those numbers. “

••Do you have a responsibility to your neighbors and family members and even people you meet to be safe and keep them healthy?

“Yeah but what about me? If they don’t like it, get out of my way “

••Shouldn’t we all come together to find a way to fix what’s broken?

Congratulations to the YEAH BUT… generation. Quite an accomplishment. Quite an embarrassment. Blind yourself to the facts and the truth and instead manufacture your own false reality.

The path that “Yeah but…” takes us down ends in ruin. It’s not too late to switch paths and believe the facts, believe in science, believe in your neighbor. Believe in the truth. 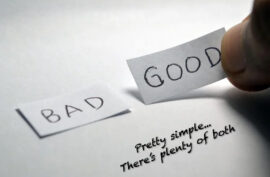 I stand with all the GOOD police! I also stand against all of the Bad police!

It goes much beyond that though. There are good and bad people in every walk of life.  But we too often forget that.  I also stand with all the good delivery drivers, Mayors, teachers, college kids and professors,  Congressmen and women, Senators, moms, dads, kids, generals and privates, doctors and nurses, janitors, protestors and yes, Presidents of the United States of America among others.

I also stand against all the bad delivery drivers, Mayors, teachers, college kids and professors,  Congressmen and women, Senators, moms, dads, kids, Generals and privates, doctors and nurses, janitors, protestors and yes, Presidents of the United States of America among others. We must recognize that just because we like something or someone, that doesn’t mean they are always right. The same is true for the people and things we don’t like. It comes down to something so many have forgotten about. FACTS! What are the FACTS?!!?

Well here are some…

•If you’re black, brown and/or poor you’re not being represented well and are afraid of the police. •Systematic Racism isn’t fake news, it’s a living breathing monster being fed by so many in this country and others.

•The time for sitting back and whispering “Oh that’s so sad.” Is over. Get off your ass and do something. If you don’t know what to do or where to go, find a way.

•You don’t know everything! LISTEN to others with an open mind.

We need a better SYSTEM for policing.  Is it possible to find one. Yes, but not if we don’t strive to understand and listen and care. That’s the biggest problem. Too many don’t listen and too many don’t care.  Think about that for a moment before you go back to your life. In 2020, too many in the United States of America DON’T CARE! The only follow up question is DO YOU? 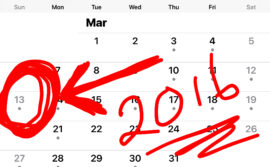 I’ve been through a lot in my life. Births, deaths, ups, downs and more but none lime March 13th, 2016. That was the day when I knew America had changed for the worse.

It was on that rainy March day when the supporters of Donald Trump were looking for a place to park for his rally that was happening at the nearby airport. Parking places were scarce so scores of them decided to park in a nearby cemetery. Actually they decided to park ON a nearby cemetery! Yep! It is as sick and uncaring as you imagine it to be, they drove their cars and trucks into the cemetery itself, driving and over the graves themselves, then parking on top of them. Oh, did I mention my father is buried in that cemetery?!?

So on that gray, rainy, nasty day my phone rang. A friend called to tell me some mind boggling news. “Gregg, I hope you’re sitting down! I’m at the cemetery visiting my mom and the whole place has cars parked all over the graves! I know your dad is buried out here so I wanted you to know. They all seem to be pulling out now” My heart sank as my head exploded! Who in their right mind would park on someone’s grave?

I was without a car that day so while I waited for an Uber I called the cemetery office and left a message. Finally the Uber showed up and the 10-15 minute trip to Dad’s grave seemed like it took hours.

When we pulled in I saw the office was open. I walked in and was met by one of the workers. She walked to my Dad’s grave with me. As I stood there in the heavy mist, I realized my Dad, my family and I gotten off relatively easy, there were “only” some muddy tire tracks running lengthwise down the sod of my Dad’s grave. As I looked around I could see deep ruts on some graves or cracked and sunken headstones on others. I wanted to throw up!

A million questions swirled around in my head.

Who in their right mind would do something like this?

What must they believe in?

What perverted values do they have?

In the ensuing 4 years or so I would come to have all of my questions answered.

Every single day that I have visited my Dad since that day, I apologize to him. I know I couldn’t do anything to anticipate these depraved actions. I apologized for the way America has changed. I apologize for his brother giving his life in WWII for animals like these. America changed for me on that day. If you have a day in your life like this, remember it! If it came into your life once, it will come again and again and again.

The only way to make sure these followers aren’t inspired by their divisive and vindictive leaders is to take action! The most inspired and dutiful action we can all take is to vote!

Yes, March 13th, 2016 was the day I knew America changed for the worse. With all of my soul I hope and pray that November 3rd will be the day it changes back for the better.